State Street’s Fearless Girl Campaign – Companies Need to Act on Diversity, Not Just Talk about it. 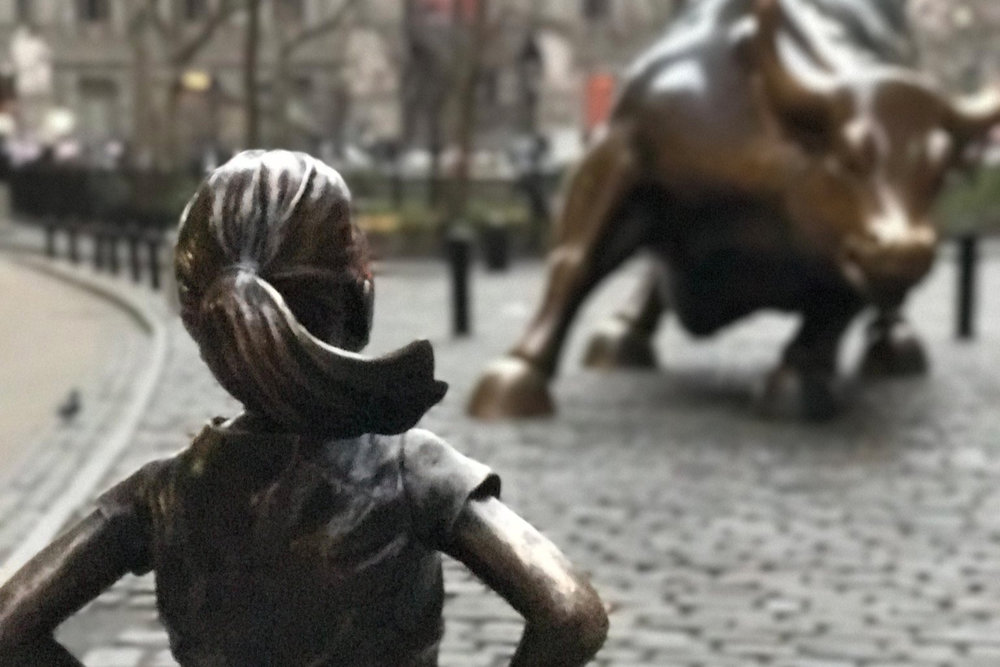 Okay, so maybe I never knew that PT Barnum first uttered the expression, “Talk is cheap.”  In our family, we always attributed it to my dad, aka “Grampy”.  It was one of his many “Grampyisms” (sayings, lessons or stories that my dad shared with my mom, my sister, our husbands, our children and anyone else lucky enough to know him) to share his view of the world and how we should behave in it.  Grampy would tell us to focus on what people do, not on what they say, because it literally and figuratively costs nothing to say what you are going to do or are thinking about.  Turns out, action requires some effort and thought, not just oxygen.

Case in point.  In 2017, State Street Global Advisors started applying pressure to companies regarding diversity, declaring that they have instituted new guidelines for over 3500 public companies, giving them a year to make measurable change in their board composition.  The company indicated that they will penalize companies that are making minimal progress in catalyzing “successful dialogue on State Street Global Advisor’s board diversity program for three consecutive years.”

State Street is clearly not alone as other large companies, including Vanguard and BlackRock, have joined the fray.  And to be fair some progress is being made – since State Street’s initiative began, over 300 companies have added women to their board with dozens more pledging to do so.   In addition, State Street’s Fearless Girl campaign and statue has generated a lot of discussion, interest and support.  According to McCann who partnered with State Street on Women’s Day 2017 to launch the Fearless Girl:

But before you get too excited, make sure that you have read the most current news about State Street, not in 2017, but in April 2019.  Turns out that from 2015 to 2018, State Street voted no or abstained from voting on eight out of ten gender-diversity shareholder resolutions faced by its gender diversity index exchange-traded fund (aptly named — you guessed it — SHE).  And these resolutions are not minor.  They include voting against disclosing pay equity gaps at leading companies at MasterCard, Aetna and American Express.

And similarly, Nike has launched a campaign focusing on women’s strength, with Serena Williams as the star, which has gotten over 9MM YouTube views.  But Nike is clearly not winning any awards according to their female employees – with male leaders leaving the company and women suing over pay disparity. Where are all the promised women on their boards?

As my dad (okay and PT Barnum) said, “Talk is cheap.”  Statues, videos, and proclamations of purpose are no substitute for actions, observable, measurable actions.  “Actions speak louder than words” – don’t talk diversity, act on diversity – not just as frosting on the cake, but the guts of the cake itself.  And we will vote decisively with our wallets – or PayPal, Venmo, apple pay, or crypto accounts.

In my next piece, “Rising Ride”, on my Blog next week I will share some positive movements of companies and investors who have done what they have said related to elevating Women’s Leadership. Stay tuned and as always, reach out to me to discuss #OrgasmicLeadership.